An Event to Remember: Grand Opening for the Dave Ward Building 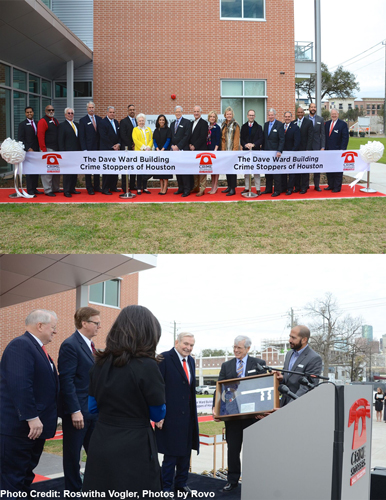 For 36 years, anonymous tips through Crime Stoppers have helped solve crimes everywhere. Although the organization has spread worldwide since it was founded, it never had a place to call home. This changed on January 27, 2017, when the first-ever Crime Stoppers headquarters opened its doors in Houston, Texas.

The new headquarters, the Dave Ward building, was named in honor of a Guinness World Record holder and one of Houston’s most respected news anchors, Dave Ward. Ward has made significant contributions to the Crime Stoppers organization and has helped to put Crime Stoppers of Houston in the national and international spotlight.

The Dave Ward Building occupies an entire block and serves as a hub for crime prevention. The building will house centralized Crime Stoppers operations, staff, volunteers, law enforcement, safe community/safe school programming and media outreach teams. The first floor is designed to service the community at no charge; it includes a multi-purpose community center to be used for safety seminars and informational events, a family services room for families and investigators, a press conference room and media editing areas. There will be a Harris County Sheriff’s Officers Memorial Garden outside, the first of its kind, to pay tribute to fallen County officers who were heroes.

This historical event called for a celebration. A crowd of over 250 people that included elected officials, community partners, foundations and corporations gathered together to commemorate the grand opening with a ribbon cutting. The event began with a presentation of colors and singing of the National Anthem by the Harris County Sheriff’s Office Honor Guard, and was proceeded with several speakers including the man of the hour, Dave Ward.

To further show appreciation for everything Dave Ward has done for the organization and his dedication to helping law enforcement, Texas State Troopers presented him with a plaque and an official Texas Trooper cowboy hat. Ward was then presented with a Congressional Resolution that proclaims his achievements in public safety by a local congresswoman - a moment that earned a standing ovation. Finally, past and present members of Crime Stoppers of Houston presented Ward with an “official” oversized, custom-made keepsake Ceremonial Key (from Golden Openings) so that he would always have access to headquarters.

It was then time for our favorite part, the official ribbon cutting. A beautiful display was set up: atop a red carpet sat four silver stanchions supporting a large customized white ribbon decorated with 24-inch white satin bows at both ends. After the ribbon was cut, everyone was invited into the new building.

The excitement continued when Dave Ward was surprised by a tribute wall that included photos spanning his well-known career. A reception and tours were offered so attendees could tour the new facility and view memorabilia from Ward’s career.

The grand opening event for the headquarters perfectly matched the great pride Crime Stoppers of Houston has for their new building.

THIS story is exactly why we are in the ceremonial and event business. It is our mission and passion to make our customers’ visions and dreams a spectacular reality. Our events worth commemorating will be remembered and cherished forever, in style.

Congratulations to Crime Stoppers of Houston on your accomplishment of turning a dream into reality, and thank you for letting Golden Openings help make it memorable. 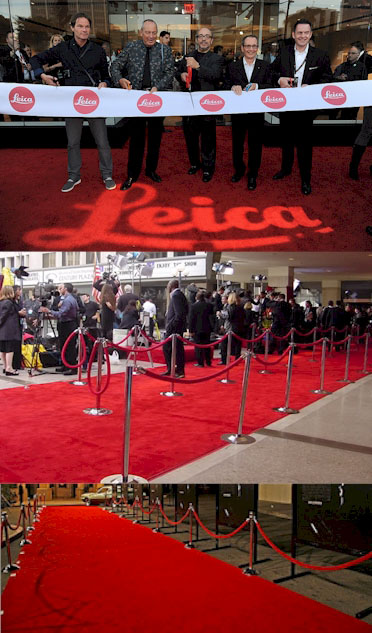 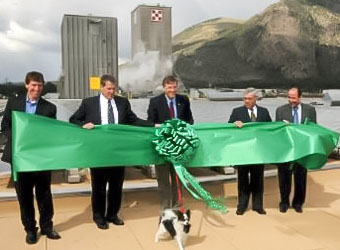 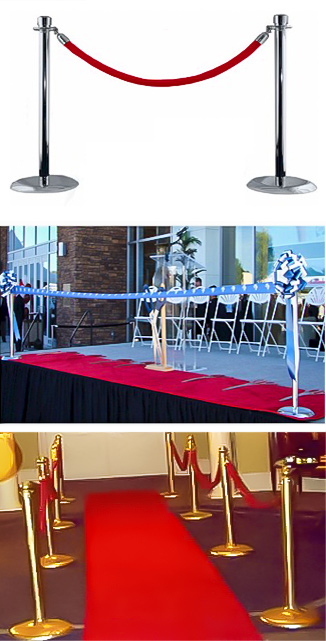