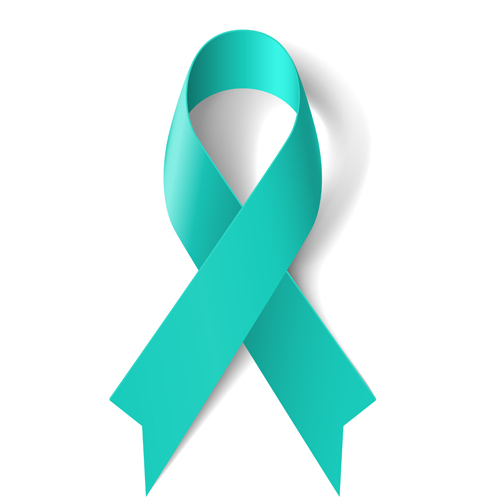 The month of September brings awareness to Ovarian Cancer, one of the deadliest cancers in the world. Approximately 14,000 women will die in the United States from the disease every year. Ovarian Cancer ranks fifth in cancer deaths among women and accounts for more deaths than any other cancer that affects the female productive system.

Ovarian Cancer usually occurs in women who are in their fifties and older, with the median age of being 63. While not always the case, many women who are diagnosed with this disease have a genetic history of carrying the BRCA mutation gene or a strong family history of ovarian cancer.

Other factors that can increase your chances of developing cancer include; being overweight or obese, having children after 35 or not at all, using fertility treatment, taking hormone therapy after menopause, or having previously had breast cancer.

This cancer is hard to diagnose and can be confused with other ailments. This is because the symptoms are subtle and can be seen as other medical conditions or issues. These symptoms include:

Because these symptoms are hard to pin to cancer, you are the best advocate to know if your body is off and if you should see your physician.
There is no adequate screen test for Ovarian Cancer, making it often discovered in later stages. Because of this, only 20% of Ovarian Cancers are found at an early stage.
Getting regular health exams, such as a pelvic exam, can help detect Ovarian Cancer. 94% of patients live longer than 5 years after diagnoses when the disease has been found early, according to the American Cancer Society.
You can show your support in the month of September by participating in a Together in Teal Run/Walk event or by donating to Ovarian Cancer Research.
Wearing or decorating with Teal throughout the month also shows your support. Our ribbons, bows, and pins are perfect for helping raise awareness.
Previous Post
Next Post
Hello Guest, Login
Information
Browse Products