Creative event planners, like us at Golden Openings, can make a venue grand opening more of an occasion and an unforgettable experience. As you know, and should have figured out by now, we are so much more than a website selling ceremonial supplies!

Here are some grand openings that have elevated the event type.You name it, we have done it!

A ribbon cutting doesn’t always have to feature giant scissors and ribbon. If your business lends itself to a unique twist on a ribbon cutting, let’s do it! We have helped thousands of clients coordinate special cuttings, unique to their business celebration:

1.) An actual airplane officiated over a ribbon-cutting ceremony for the LAX renovation celebration of its international terminal. Yes, and actual full-size airplane cut the 36-inch-wide custom printed ribbon to herald in the airport’s renovations.

The plane landed at the gate, turned off its engines, where it was pulled by a tug (that vehicle thingy that drags a plane) past the ribbon so that its nose broke the ribbon. The engines were turned off through the entire process, cause y’know, it’s a little dangerous standing so close to the propellers. The honor ended up going to a Singapore Airlines’ Airbus A380, which was a great way to start the show. SQ 12 landed in LAX’s gate 148 at 12:57 PM on September 18 — straight from Tokyo Narita. This was the first time a commercial airliner has ever attempted something like this in the U.S. The best part? There were still passengers onboard.

2.) At a business called Pilgrim Dry Cleaning, we celebrated the addition of a drive-through service with the two owners, a husband and wife, dressed as pilgrims, driving through a ribbon at their drive-through for the first time with a horse and buggy, delivering their clothes to be dry cleaned.

3.) When feeling authentic, you definitely should have a tortilla ribbon-cutting to celebrate a new Don Pablo’s restaurant. We took actual tortillas in interwove them into a colorful ribbon that was cut with scissors and was preserved and displayed in a case with scissors for promotional purposes and fun photos from the event in the entryway of the restaurant. 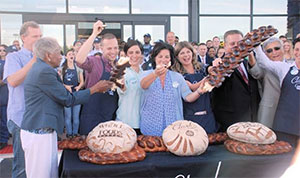 4.) Officials choose to break bread at the opening of new Whole Foods Markets. During one opening ceremony, Mayor Rahm Emanuel noted the significance of breaking bread in the Jewish faith, saying that it was about acknowledging and appreciating the past, but also rejoicing in what is to come. And of course, the bread is freshly baked from their kitchen. 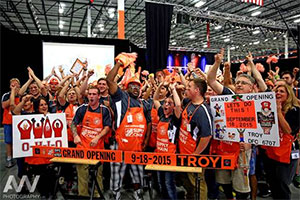 5.) When our clients at Home Depot opens a new store, one couldn’t get them to buy a pair of giant scissors even if they had orange handles! They always insist on cutting longboard that is painted with the store name and date on it, with a saw. Hey - they sell the wood, paint, and saws, so it makes for great advertising. The ceremony is performed between two sawhorses instead of stanchions, which makes for a perfect picture for Home Depot and totally represents who they are and what they do! 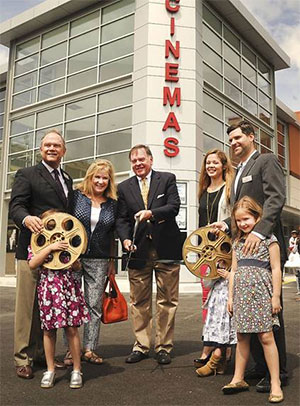 6.) Hello, Hollywood! If you are opening a new movie theater or cinema, why not cut a giant piece of filmstrip on a film roll? This makes for a cool photo opportunity and cutting. At some events, we have also incorporated a director’s chair, some Hollywood lights, a custom backdrop and of course a giant clapboard countdown for a: Lights, Camera, Action, kind of cutting! 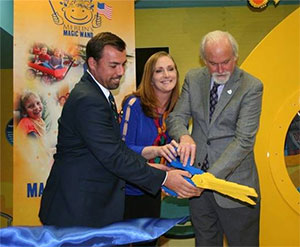 7.) Our clients and friends at Legoland, of course, should pretend to cut the ribbon with giant scissors made out of LEGOS! Since the Legos scissors can’t really cut through the ribbon, you can have a pre-cut ribbon and splice together in the back and simply have two people holding the ends of the ribbon and pulling it away from each other when the scissors appeared to be cutting the ribbon! And another fun prop idea is to fill Legos into clear stanchions on each end. This incorporates a beautiful picture in front of any Legoland setting!

8.) If you are Victoria’s Secret or Mary Kay celebrating success, cutting a ribbon with giant pink scissors is the perfect way to celebrate you and the power of pink! You can also use pink ribbon pink, bows, have a pink carpet runner running under you, pink balloons and more! 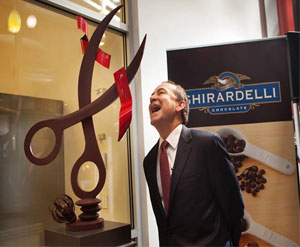 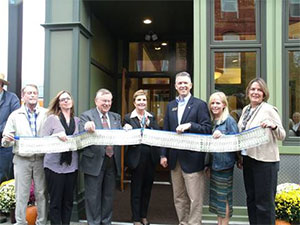 10.) When a state bank celebrated the opening of a new branch, they cut a unique ribbon festooned with 100 one-dollar bills to celebrate. The money was donated to the local school l district following the ceremony. Note – our clients’ carefully cut the ribbon that had the money hanging vertically from it, not the money itself, because, it’s technically illegal to deface U.S. currency to the point at which it's rendered unusable. You could also use giant play money or Monopoly money. Always follow the rules as we don’t want anyone going to jail on Grand Opening day!

11.) The City of East Ridge started the month of February off with the grand opening of Fire Station #2, located at 1410 St. Thomas Street near the Exit 1 development. The ceremony, which started at 10:00 a.m., was kicked off by an unusual ribbon cutting. As the City council, dignitaries and firefighters held a firehose, Fire Chief Mike Williams explained, that “fire station dedications and openings use firehoses that are coupling. Separating the two hoses is our way of cutting a ribbon.”

12.) Erlanger Health System unveiled its new $16 million Heart and Lung Institute with a unique ribbon cutting. Dr. Larry Shears, a renowned heart surgeon who was recruited for the center, used the Da Vinci robot that he often operates with to clip a ribbon by remote control.

13.) The Motoman Robotics Division of Yaskawa America opened its new facility in Miamisburg, Ohio with a ribbon-cutting ceremony conducted by one of the firm’s dual-arm robots. In honor of the parent company based in Japan and the many Yaskawa dignitaries in attendance, the robot used a traditional samurai sword to cut the ribbon in one sweeping motion. The ceremony was repeated with oversized scissors, too, to show the company’s strong commitment to the U.S. market, as well. Using the robot was especially appropriate because groundbreaking for this new facility in 2010, featured another dual-armed robot that showed off its agility by wielding a shovel to turn the first dirt in the construction process.

14.)We helped a new dentist office build a giant floss box with white ribbon coming out of it for a fun floss-cutting ceremony to celebrate its opening. We had giant toothbrushes and other fun props, too! 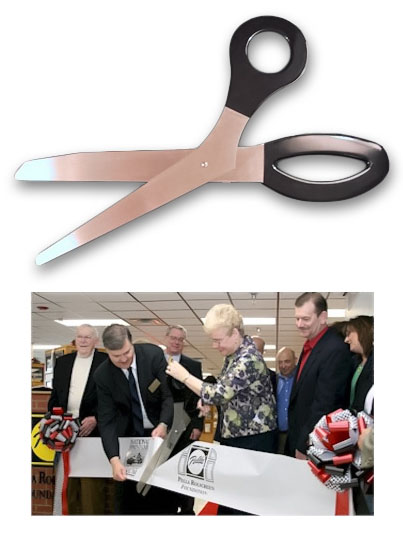 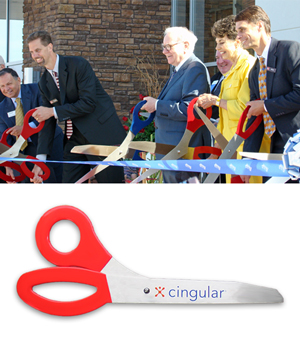 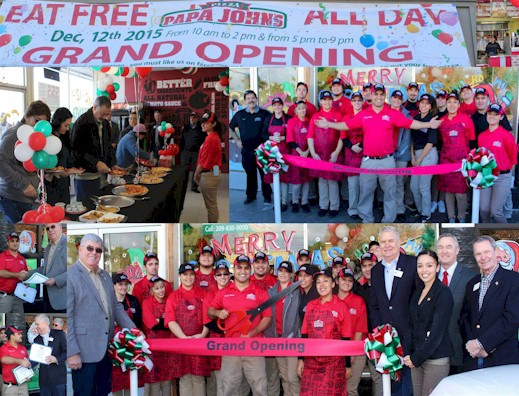