On a frigid winter night in Minneapolis, Kimberly Baeth, her newlywed husband, and a group of college friends braved the ice-cold weather to meet for dinner at the city’s best deep-dish pizza restaurant. Story after story from their cherished college days filled the restaurant with laughter. As the night wore on, the conversation turned to the future. As Kimberly listened to each friend’s careers plans, an idea came to her that would forever change the future.

At the time, Kimberly had been working at the North Hennepin Chamber of Commerce and was getting multiple requests to host and coordinate Grand Opening events for new business openings in the community. Because the Chamber did not provide this service, the new business owners had nowhere to turn.

Hence, over pizza, Kimberly pitched an idea to start her own business that provided Grand Opening and Ribbon Cutting services to new local businesses. Everyone laughed but said that if anyone could do it, Kimberly could. Little did she know that her simple idea would 1) bring ribbon cuttings and ceremonial events to life all around the world, and 2) result in a wildly successful business which averaged 30% annual revenue growth for the next 20 years!

A month later, Kimberly gave her 2-week notice at the chamber, registered her business with the Secretary of State, and made her new business dream a reality.

Golden Openings’ first Grand Opening was for a small music store in Minneapolis. The store rented her grand opening banner, her wood scissors that cut ribbon and she delivered a cake that was sponsored by a local bakery. She arranged to have the mayor and newspaper at the event as well as local dignitaries. It was a huge success for the store and a fantastic deal as they only paid $50 for the services.

In October, of 1997, not even the arrival of her first child could put a halt in her busy schedule. When it was time for Baeth, her husband and baby to leave the hospital, they had to stop at a grand opening with hospital bands still on their wrists, before going home.

Golden Openings hosted 37 events during the first year in business.

Over the next 5 years, Golden Openings grew dramatically. Golden Openings was hosting 150-200 events per year with the largest events budgeted at $100,000 and higher. Total revenue increased over 1000% during the 5-year period.

Golden Openings actively supported local non-profit organizations, municipalities, service clubs, and joined 7 chambers of commerce. Golden Openings rapidly became a well-known and highly regarded business throughout the Minneapolis/St. Paul business community. Kimberly was widely recognized as an emerging leader in. In May 2001, she was awarded the “Emerging Entrepreneur of the Year Finalist” award.

While customers liked renting the big scissors, many asked about purchasing their own pair. Seeing opportunity, Golden Openings invented the first pair of stainless steel 3-foot ceremonial scissors. These scissors could be mass produced, made in different colors, and could be customized with engraved logos. In 2003, Golden Openings launched an online store for customers across the world to purchase these scissors and related ceremonial products. Additional products included wide custom ribbon, giant bows, stanchions, ceremonial keys, ground breaking products and more. Golden Openings also published and copyrighted 3 guidebooks which take customers through a step-by-step process for hosting their own ceremonial event.

Between 2011 and 2016 Golden Openings made substantial investments in infrastructure to fuel future growth. They bought a warehouse, expanded into a new location with a larger office and second warehouse, and launched a new, mobile friendly online store. The warehouse provided a 10-fold increase in square footage to store inventory, the new office allowed them to triple their team size, and the new online store provided a brand new, integrated online experience for their customers.

US Chamber of Commerce - National Small Business of the Year - 2017 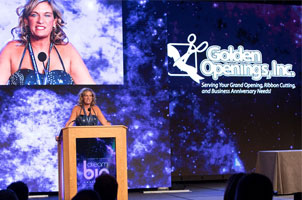 WASHINGTON, D.C. — The U.S. Chamber of Commerce recognized Golden Openings from Urbandale, Iowa as the 2017 winner for its annual Small Business of the Year Award, presented by MetLife. The annual award celebrates the achievements of small businesses and honors their contributions to America’s economic growth.

The "Dream Big Small" Business of the Year Award recognizes a small business that exemplifies the spirit of innovation, entrepreneurship, and individual initiative. The winner demonstrates success and leadership across business growth performance, innovative business strategies, community engagement, as well as customer and employee relations.

Golden Openings was selected by a panel of judges from eighteen finalists under consideration for each of the five Business Achievement Awards and the one Dream Big Small Business of the Year Award.

Selected through online public voting, the special events business was also recognized with the Community Excellence Award. Golden Openings received significant support for its outstanding commitment to community engagement and public leadership. The Community Excellence Award honors an organization that positively impacts the quality of life in its community and serves the needs of its customers, employees, and neighbors.

“Golden Openings is a model of how small businesses strengthen their communities and local economies,” said Thomas J. Donohue, president and CEO of the U.S. Chamber of Commerce. “In business for the past twenty years, Golden Openings has helped thousands of businesses decide how to open their own doors and make a continued impact in their communities. The Chamber is proud to honor Golden Openings as both the 2017 Dream Big Small Business of the Year and as the recipient of the Community Excellence Award.”

Golden Openings investments are proving successful as the rate of growth has accelerated in 2018-2019. Golden Openings is currently on pace to increase revenue 30% each year. Looking forward, the company expects this trend to continue as new products and the customer base grows.

“We are proud to serve our customers and are honored to contribute to our great nation’s growth and prosperity. We are always actively investing in our employees, our infrastructure, and our community.” – Kimberly Baeth 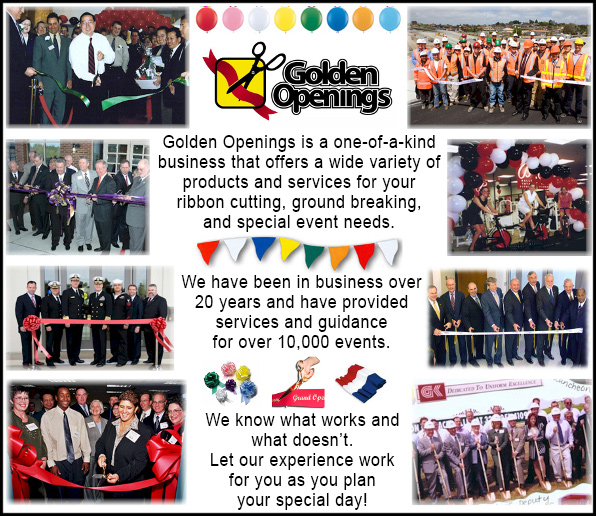 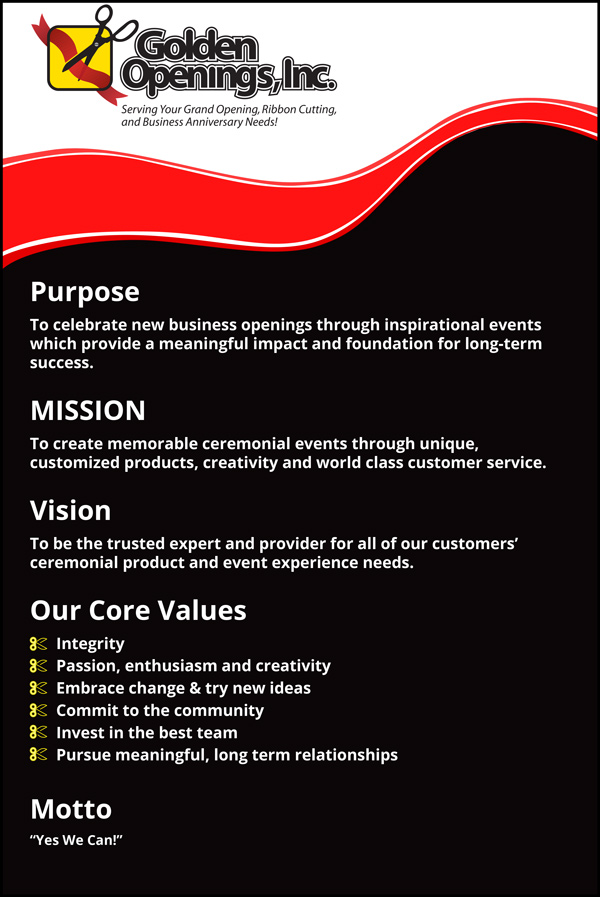 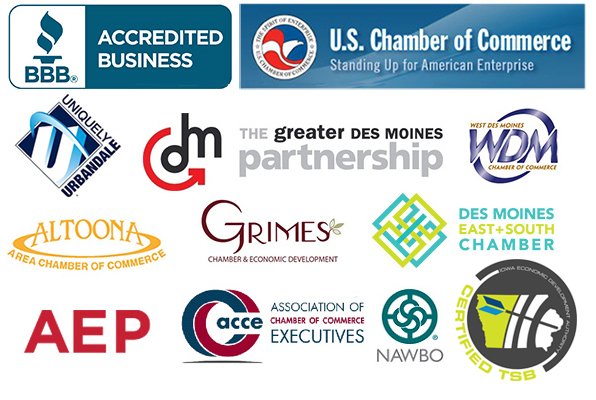 Golden Openings is proud to serve their community and was named the U.S. Chamber’s Community Excellence Overall Award Winner in 2017. Golden Openings received the award for its outstanding commitment to community engagement and public leadership. The Community Excellence Award honors an organization that positively impacts the quality of life in its community and serves the needs of its customers, employees, and neighbors.